The customs risk for US companies in the European Union: We avoid it, we postpone it, or we confront it!

Notice to US companies: to put it in a nutshell, mastering European Union customs law is an issue
(!) and a lever for optimization (always!).

The customs law of the European Union is :

– On the one hand (EU Level), in a corpee texts (the Customs Code of the Union, its delegated regulations and its implementing regulations), directly applicable in the 27 Member States: common regulations and laws at stake;
– On the other hand (National level), in the different specific legislations of each Member State: control and litigation.

Customs law is therefore systematically Community and national, a source of complexity for companies established in the European Union.

The lack of knowledge of a customs provision a company ( of the value, origin or tariff heading, for example, will lead to:

– A possible adjustment of customs duties of the same amount (the tax rate is the same throughout the EU – this is the common external tariff);

– BUT, to sanctions that will be different depending on the country concerned:

1. The period at risk is not the same: for example, the customs audit limitation period is three years in Germany compared to five years in France;
2. The penalties (fines) are not the same (in some Member States, it is a percentage of the duties involved, while in others it is the value of the goods that are the subject of fraud);
3. The qualification of is not the same (in some Member States, a customs is automatically also a « criminal » , regardless of the absence of intent to defraud at the investigation stage);
4. Customs can be a « prosecuting », summoning the company and its manager before the criminal courts: in some Member States, bad faith is presumed (unlike most criminal law regimes) and acquittal requires proof of lack of intent: reversal of the burden of proof!

A « black » picture of the Union’s customs litigation, to be tempered immediately by the very many mechanisms that make it possible (in the hands of specialists in the field, provided they intervene as soon as possible!) to avoid payment of the debt, to obtain an acquittal in the event of proceedings or to avoid any proceedings by way of settlement.

« Anticipate the risk »
– Carry out compliance audits upstream;
– Use customs rulings relating to the origin, value and type of goods;
– Customs management with a »customs » service provider;
– Create subsidiaries rather than branches (idea of a « shell » company);

– Do not forget the « tax » aspect of import VAT management!

« Deflect the risk »
– Possible warranty claim against a co-contractor (e.g. of the duty to advise);
– Possible recourse against the Customs Administration itself (hypothesis of an enforceable position);
– Check?

« Face the risk »
– Be advised from the start of a control;
– Weigh the pros and cons of the possibility of a settlement;
– Properly negotiate the settlement;
– Challenge the existence of the , in the alternative, request its reduction;
– Provide proof of good faith;
– Challenge the legality of national customs law in relation to Union law;
– Win or out on top!

If you want to learn more about customs disputes from an international point of view, 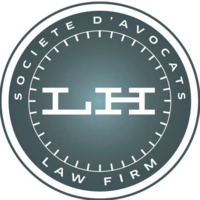 LightHouse LHLF is a different kind of law firm.

LightHouse LHLF is THE reference firm for international and global trade operators.

LightHouse LHLF shares with its clients the reality of their daily life, despite the complexity, confusion and uncertainty of the present times.

LightHouse LHLF believes strongly in the future and helps its clients to realize their most ambitious projects.

LightHouse LHLF was created at the start of 2008 by lawyers coming from large international firms, to respond to the new business environment. With an average annual growth of 50% since its creation, LHLF attracts the most talented graduates and the most experts professionals.

LightHouse LHLF has the honor of counting amongst its clients companies of all sizes and any industry (CAC 40, SMEs, Start-ups, Family Groups, etc).

LightHouse LHLF provides both strategic and operational advice adapted to the size, the working methods and the expectations of its clients.