The Recent UK Elections : What Do the Results Mean for the UK, Brexit, and Transatlantic Business? 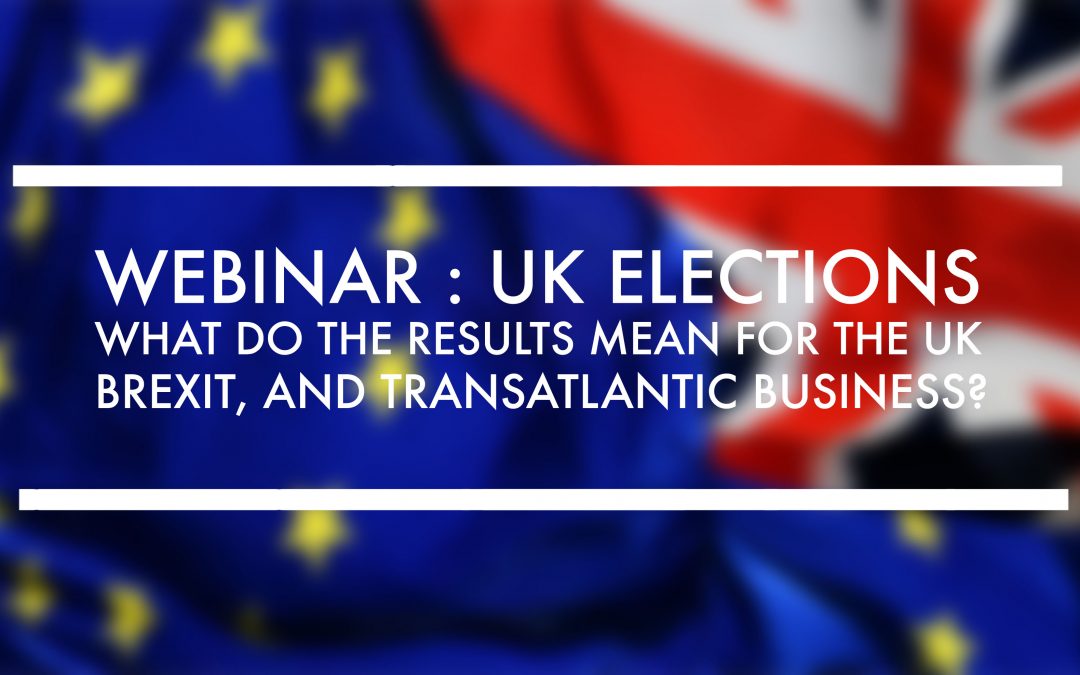 The decisive victory of Boris Johnson and the Conservative Party in the December 12 UK Elections seems to guarantee prompt passage of Johnson’s renegotiated Withdrawal Agreement from the EU, but many other things remain uncertain: Can the UK and the EU negotiate a workable trade agreement in less than a year? Does the surge in support for the Scottish National Party mean another run at Scottish independence? When will the US and the UK start trade negotiations? And how are financial markets pricing all this?

Our experts will offer thoughts from three perspectives — the UK, the EU, and the US, and help you make some sense of this unfolding drama.

This webinar is only available for current EACC members.

Thaima Samman is founder of Cabinet Samman, a law firm dedicated to public affairs, a member of Paris and Brussels bar associations and Head of the Digital Practice of FIPRA international in Brussels. She began her career as a founding member of the French NGO “SOS Racisme” before working for the office of MP Claude Bartolone, former Minister of Urban Affairs and President of the National Assembly. She joined the law firm, August & Debouzy in 1997 where she developed the Corporate Affairs department until 2001 when she took on the direction of the Corporate and Regulatory Affairs department of Philip Morris France. In 2003, she joined Microsoft to head its Legal & Corporate Affairs department in France. Shortly thereafter, Thaima was promoted to Associate General Counsel for Microsoft International leading the EMEA Corporate Affairs & Corporate Social Responsibility team until 2010.

Chandler has been covering the global capital markets for more than 30 years, including stints as the global head of currency strategy for both HSBC and Brown Brothers Harriman. Chandler recently joined Bannockburn Global Forex, LLC as a Managing Partner and Chief Market Strategist in 2018. A prolific writer and speaker, Chandler appears regularly in the financial media. He is often quoted in the Financial Times, the Wall Street Journal, Barron’s, Bloomberg, and the Washington Post, among others. Marc also provides his insights and commentary on the markets on the most widely watched financial news channels, including CNBC, Bloomberg TV, CNN, and Fox Business. He is also an honorary fellow of the Foreign Policy Association and has been named a Business Visionary by Forbes.

Richard Eccles is a partner in Bird & Bird’s Competition & EU Law Group in London. He has over 25 years of experience in EU and UK competition on law, competition regulation and EU law. Richard’s experience covers all aspects of these fields, including anti-trust, merger control and EU State aid rules. He has advised extensively on competition regulation in public service sectors. He advises on competition law in relation to a wide range of industries but has a particular experience in the electronic communications, broadcasting, IT, sports, life sciences and postal services sectors. He has conducted cases before the European Commission, the European Court of Justice, and in the UK the Competition Appeal Tribunal, the Office of Fair Trading, the Competition & Markets Authority and UK sector regulators including Ofcom.