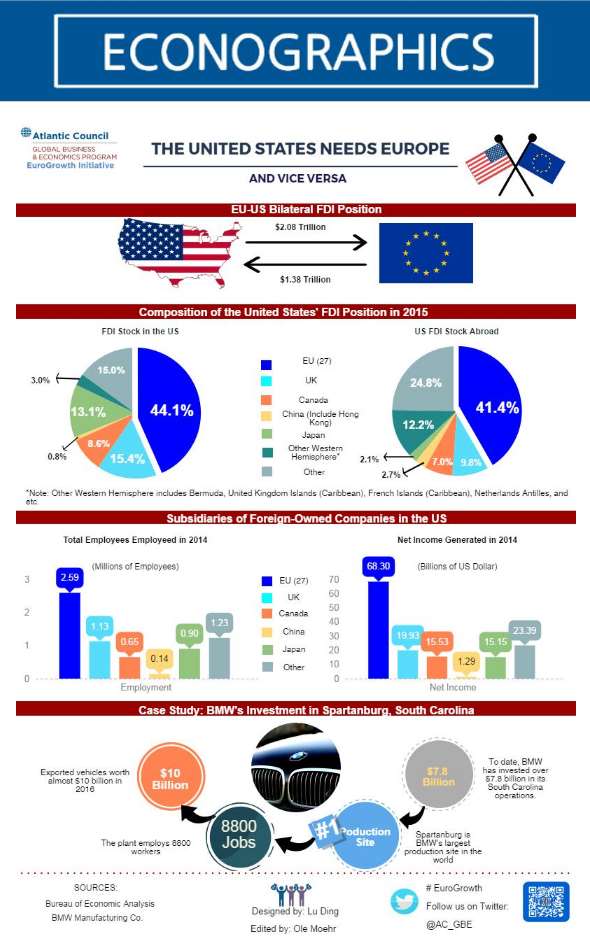 The United States is the world’s largest recipient of global foreign direct investment (FDI). On a current-cost basis, the US FDI stock was more than three times larger than that of the second largest destination country in 2014, the most recent year from which statistics are available. Despite the current fragile global economy and great political uncertainty, foreign investment increase sperm count in the United States remains strong.

EconoGraphics by The Atlantic Council